Get Moving! 4 Urgent Reasons You Should Sell Your Home in 2017 Share 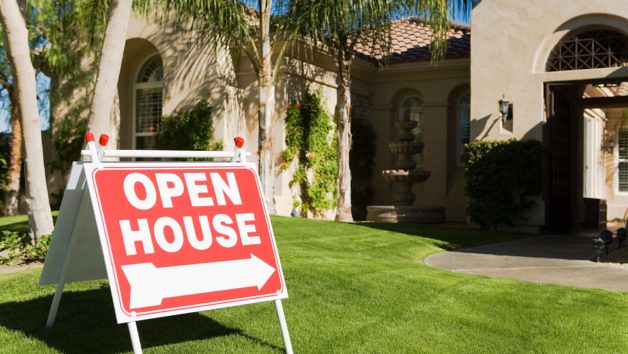 Get Moving! 4 Urgent Reasons You Should Sell Your Home in 2017

If you’ve been sitting on the fence about selling your home, it might just be time to hop off. Now. To put it in other terms: 2017 is poised to be the year of the home seller, real estate experts say. So what are you waiting for?

“Sellers have been in the driver’s seat for the last two years, but this year is shaping up to be even better for several reasons,” says Jonathan Smoke, chief economist of realtor.com®. “Nothing is bad for sellers today.”

A combination of factors is coming together to make 2017 a prime seller’s market for most of the nation. Here’s what’s driving it:

It’s all about rates, baby. Low mortgage rates translate to lower monthly costs. Lower costs entice buyers, which is good for sellers. Although mortgage rates have been ticking up since mid-October to slightly over 4%, the rates for a 30-year fixed mortgage—the most popular home loan—are still hovering near 30-year lows.

“We expect them to hold at this (4%) level for a while and continue to adjust up,” says Danielle Hale, managing director of housing research for the National Association of Realtors®. “Mortgage rates rarely move in a straight line. They could be in the 4.6% to 4.8% range by the end of the year.”

What does that have to do with home sellers? Well, potential buyers who are armed with that knowledge might hustle to close on a home before a rate hike.

What if you’re nowhere near ready to put your house on the market? That’s OK. Even if rates nudge up by the end of 2017, they’re still expected to be low enough to seduce buyers. The tipping point is when rates reach 5%, experts say. That’s when they could put the brakes on the robust real estate market.

“If they go above 5%, we’re going to see home prices come down,” says Trevor Levin, a real estate agent with Nourmand & Associates in Los Angeles.

Reason No. 2: Inventory is shrinking

Remember in Econ 101, when you learned that low supply and high demand lead to rising prices? The same is true—in spades—for residential real estate. When inventory shrinks, available homes become more valuable. As Martha Stewart would say, that’s a good thing for sellers.

“Quite simply, sellers this year have the least competition,” Smoke says.

And get this: Not only are there fewer homes for sale, but the time those homes have spent on the market has decreased year over year as well. If priced correctly, the typical home should move quickly, Smoke says. And that’s another boon for sellers.

“Many potential sellers don’t want to think about having to prep a home for showings and deal with an indefinite period of having to keep things in perfect shape,” he says. “Fast-moving inventory limits that pain.”

Reason No. 3: Home prices are rising

Higher prices particularly benefit the seller whose property value plunged during the recession, sometimes to less than he owed. Thanks to rising prices, many homeowners whose property was underwater can now sell without suffering a big loss.

“2017 will be a rare ‘balanced market’ for buyers, because even though mortgage rates are edging up, many sellers have recovered enough equity to be able to afford to sell,” says Colby Sambrotto, president and CEO of USRealty.com.

Reason No. 4: Job markets are strengthening

As unemployment decreases and wages (finally) increase, consumer confidence will climb. Increased confidence will spur buyers to jump into the market—which is, you guessed it—more good news for sellers.

These pieces of the puzzle create a “virtuous cycle,” Smoke says. It’s not a term he coined, but it’s one he hasn’t had a chance to use in many years.

“These things are all connected,” Smoke says. “If people are confident, they’re more likely to buy big-ticket items like houses and cars. And then they spend more money on other things. It reinforces the economy, creating a virtuous cycle.”

The only ‘bad’ news for sellers

If you sell your home today, you mostly likely will buy another. Then, all the economic factors that worked in your favor as a seller will work against you as a buyer.

Sellers have a few options. You can rent for a while, and hope that prices come down in the future. But whatever you save on the price of a house you could surrender when mortgage rates climb to 6%—as predicted for 2019 and 2020, Smoke says.

“There are opportunities for a seller-turned-buyer who wants to downsize in this market,” Smoke says. “You can lock in financing rates that you’ll never see again, and very likely make the trade-off work.”

Provide outstanding services, and help many clients to be prepared when buying or selling properties.

Note: A member designation(s) is not verified or confirmed by HAR.com and the consumer/user should independently verify such information.
Privacy Policy | Terms of Use
All information is subject to change and should be independently verified.
Copyright© 2020, HOUSTON REALTORS® INFORMATION SERVICE, INC. All Rights Reserved.