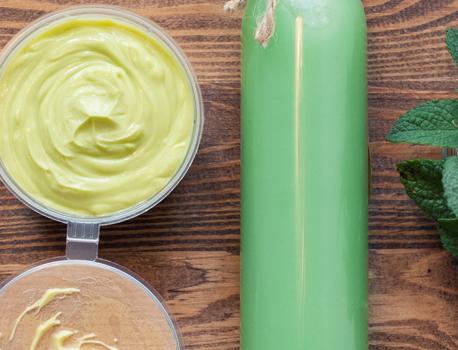 In a perfect world, our homes would magically clean themselves.

But until wizardry becomes reality, these DIY cleansers will get the job done easily and efficiently without the harsh chemicals found in commercial products.

1. A Hack That Unplugs Drains

Got a tough clog? HomeTalk community member Jessica C. shared a gentle way to clean and deodorize clogged drains with common items from the pantry.

Put the dry mixture on top of the drain. Then slowly pour in two cups of boiling water.

The mixture will foam and bubble while unplugging the drain.

Store the remainder in an airtight container.

Tip: Making your own natural cleaners reduces your cleaning costs. Buying economy-sized ingredients will help you save even more.

2. A Natural Way to Scrub and Disinfect

This DIY soft scrub recipe will get nonporous surfaces sparkling without the irritating effect bleach has on your lungs, nose, and eyes.

All you need is:

Mix together and you’ve got your own soft scrub for toilets, bathtubs, sinks, and showers.

3. A Hack That Sucks Up Smelly Odors

Sharon, who pens the blog Mrs. Hines’ Class, put a deodorizing tip from an old “Farmers’ Almanac” to the test. She discovered that a bowl of vinegar would eliminate foul odors like stinky seafood, paint fumes, or cigarette smoke if left out overnight.

She also has a few more ingenious vinegar tricks, including how to use it with lemons to disinfect and deodorize a dirty garbage disposal.

Cost: A gallon of distilled white vinegar costs around 3.

FYI: Chemical-based deodorizers and fragrances can pollute indoor air, according to the Centers for Disease Control and Prevention.

4. How to Bust Bathtub Rust

A HomeTalk user recently shared a shocking discovery. Many of the traditional household cleaners we use in our bathrooms make bathtub rust stains worse — yeesh!

To apply, pour into a clean spray bottle and then coat the entire rust stain. Let it sit for 30 minutes, then scrub with a clean, damp sponge or rag. For tough stains, you may have to repeat the process a second or third time.

Cost: A 16-ounce bottle of hydrogen peroxide costs less than 2.

When Diana from Anyone Can Decorate needs to remove stubborn toilet bowl stains, she breaks out the Kool-Aid.

In the past, she used a packet of Kool-Aid powdered drink mix to bust hard-water deposits in her dishwasher. So she figured it would do the same for her toilet — and it did!

Cost: A single packet of Kool-Aid will set you back 25 cents.

Tip: The trick is to use Kool-Aid flavors loaded with citric acid. It’s the secret ingredient that breaks down tough, hard-water deposits without intense scrubbing. Diana uses the unsweetened lemonade flavor to get the job done.

Be Strong, Be Safe, Spread Kindness

Deirdre Sullivan is an NYC-based writer whos obsessed with maximizing every inch of her urban dwelling. Shes a former fashionista who has worked for Lucky Magazine and InStyle. She recently traded her high heels and Fashion Week pass for a drill and bandsaw.